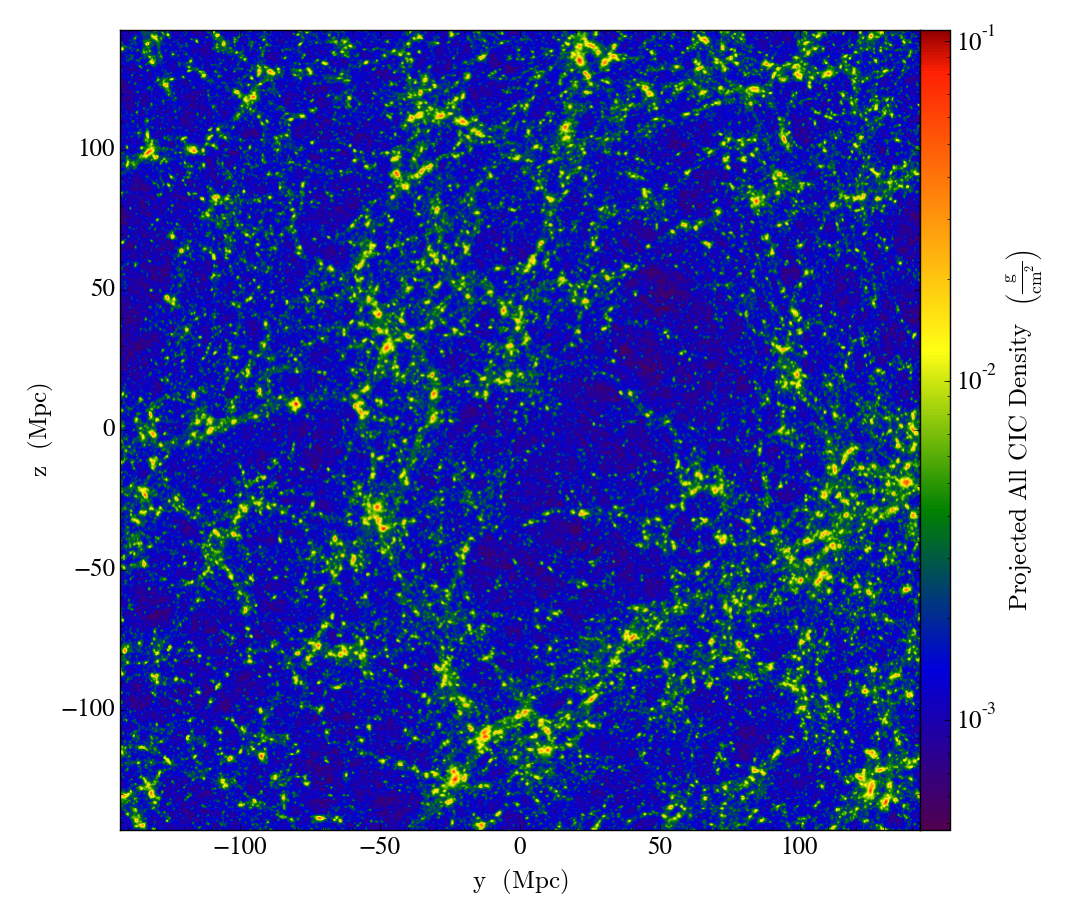 Our simulations are far too computationally intensive to run on normal computers, so they’re run on the Stampede supercomputer at the Texas Advanced Computing Center. Stampede is a massive cluster of computers. It’s made up of 6400 nodes, and each node has multiple processors and 32GB to 1TB of RAM. The total system has 270TB of RAM and 14PB of storage. It’s hard to put these numbers into terms we can compare to our laptops, but essentially, this is enough computing power to simulate the universe with.

Sometimes people ask if I use the telescope on top of Pupin, and when I answer “No,” they wonder what on earth I’m doing with my time. Mostly I write code and run scripts. This sort of astrophysics sounds unglamorous, but it amazes me. All I need is my computer and an internet connection, and I have the real universe and any theoretical universe I can dream up at my fingertips. Computers and the internet have completely changed the way we do science, and Stampede is just one reminder of the capability and potential of these new scientific tools.